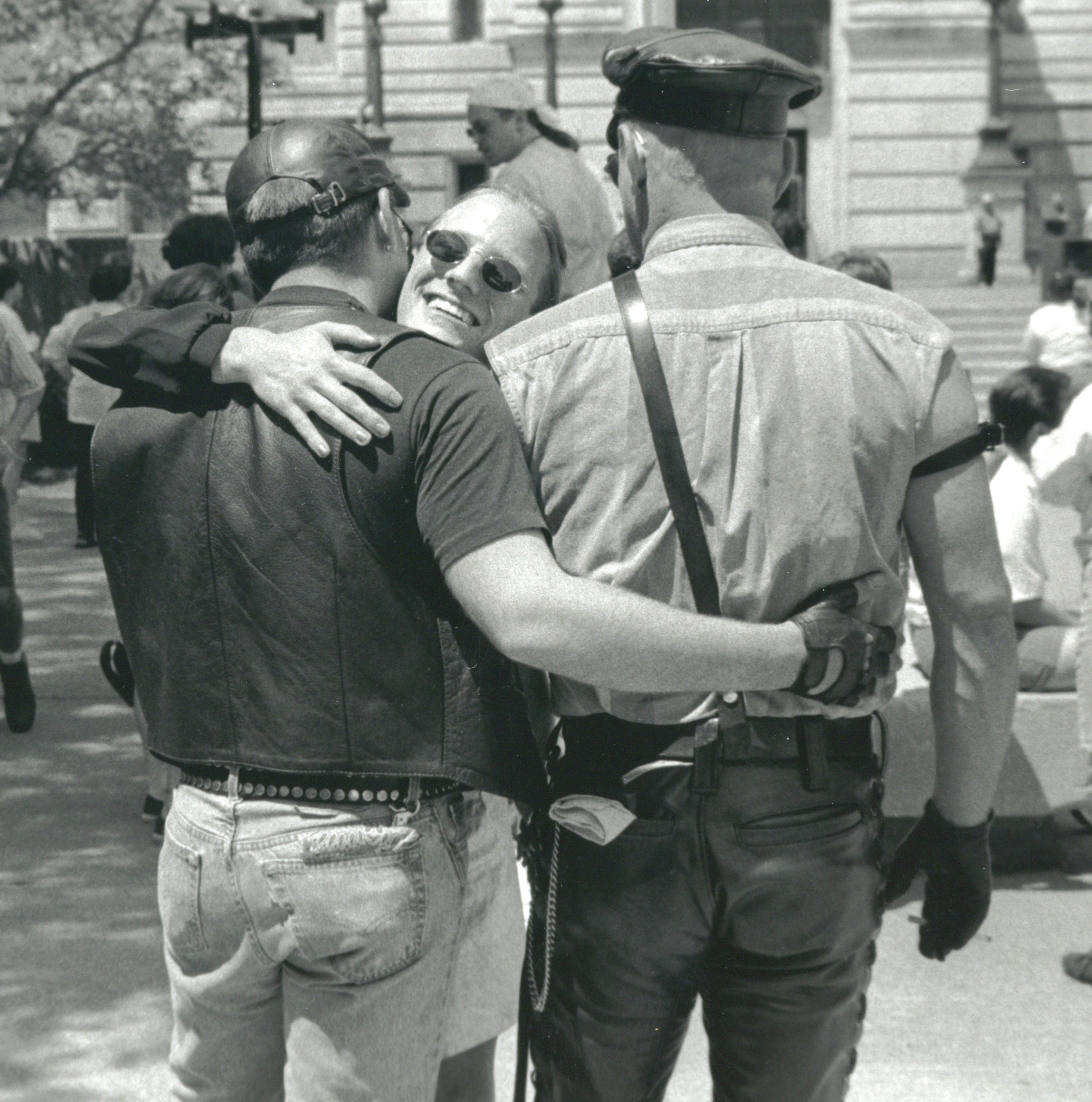 LGBTQ+ For the Record, the exhibit, is the first installment, a down payment of sorts, in a larger project to build a sustainable physical and digital archive of Worcester County’s LGBTQ+ history. This effort builds upon materials deposited at the Worcester Historical Museum (WHM) by members of the now defunct Gay & Lesbian Community Coalition of Central Massachusetts (GLCCCM) in 1993. At the time, Martha J. Brockman, a GLCCCM member, said: “History is very important and powerful. In a way, if you’re not remembered, you don’t exist.” Josephine Ross, then co-chair of the coalition, echoed this sentiment and reported that “one of the main ways gay people become isolated is our history is taken away from us.” She longed to have positive LGBTQ+ role models as a young woman, but the way the past was remembered often rendered them invisible or worse. Both women wanted to make the marginal central to the history of Worcester as an act of justice and hope for future generations. This exhibit would be less rich and would have been much harder to create without GLCCCM’s earlier recognition that archives matter and that the past is not a lifeless inheritance but a vibrant legacy that can connect with the present to inform the future.

The Worcester County LGBTQ+ History Project is now actively collecting manuscripts, artifacts, and especially oral histories to build on GLCCCM’s original gift. In the year preceding the 2019 opening of LGBTQ+ Worcester for the Record, WHM in collaboration with the exhibit curators and community partners hosted multiple “discovery days” at the museum and other poplar venues, such as the MB Lounge. At these events, members of the community have generously shared their stories and personal artifacts to add to the collection in physical or digital forms. New digital technologies mean community members can share their materials without losing physical control over them. Likewise, a wide array of community members has shared memories with the project through oral history interviews. These materials comprise the new expanded archive of the Worcester Country LGBTQ+ History Project available at 30 Elm Street and online at lgbtqinthewoo.org. In terms of scope and accessibility, this effort is intended as a true people’s archive to realize the visions of Martha J. Brockman and Josephine Ross to create a useable LGBTQ+ record to be proud of, defend, honor, and extend.

LGBTQ+ Worcester for the Record, thus, marks a growing commitment to collect, preserve, and tell the stories of Worcester County’s LGBTQ+ population. It is part of a long tradition of conversation and disagreement about representation, identity, and politics within and beyond the community. Whenever the Telegram & Gazette published between the 1970 to the present, members of the community have responded with letters about the paper’s inability to fully, accurately, and fairly convey the richness as well as the difficulties of LGBTQ+ life in Worcester County. These corrections helped the city grow into a more tolerant, just, and inclusive place. Such corrections are the primary building blocks of the community’s history. As this history is still being written and will be added to by generations of LGBTQ+ Worcesterites, you are invited to talk back and to share your story with the Worcester County LGBTQ+ History Project.